Replacing the lighting system in the school gym

The Pilot Project on the replace of the lighting system on the energy-efficient lighting in the school gym of the secondary school №1 has been successfully implemented!

31st March 2016, in a secondary school №1, located in Odessa on the Mikhailovskaya Square, was ceremonial opening a renewed school gym with complete replacement of old lighting systems on modern light-emitting-diode (LED) lamps.

The Pilot Project has been carried out with the support of the Odessa Municipal Energy Agency (ОМЕА) and the Odessa Development Fund. Financing of the purchase of lamps has implemented the Deutsche Gesellschaft für Internationale Zusammenarbeit (GIZ) GmbH on behalf of the German Government. Active assistance to the implementation of the project has provided the deputy of the Odessa City Council, the chairman of the Permanent Commission on Housing and Public Utilities, Ecology and Emergency Situations of the Odessa City Council – Mr. Alexander Ivanitsky.

The old lighting system, which was installed in the gym, has been completely both morally and physically worn out: mercury lamps are quite unsafe for usage in schools, especially in the gym, as they can be easily damaged by ball; mercury lamps do not provide adequate level and quality of illumination, that have negative influence on sight of learners. Besides, considerable part of the lamps has not worked, because they are located at a height of 6.4 meters, which hampers their timely replacement.

Increased levels of energy efficiency for internal illumination systems and energy saving are very important point in modern positions, considering that educational facilities are financed from the municipal budget. The updated illumination system has allowed to lower number of mercury lamps (40 units) up to 20 LED lamps, that makes it much easier their servicing (due an elongate lifetime of LED lamps). At the same time, energy consumption has been reduced by 1500 watt-hour, and illumination intensity has grown by more than three times – from 80 lux to 250 lux.
In front of beginning work, calculation and visualization were performed by using specialized software DIALux 4.12. This has allowed to outline the technical requirements and location of lamps for achieving better ergonomic and economic parameters. 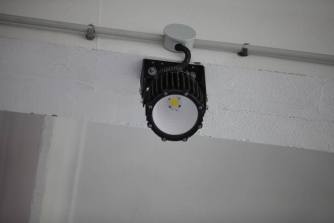 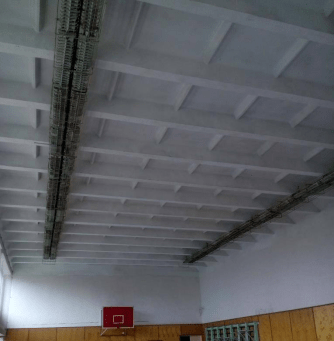 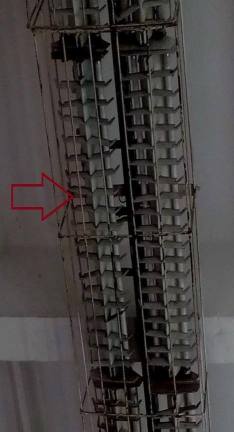 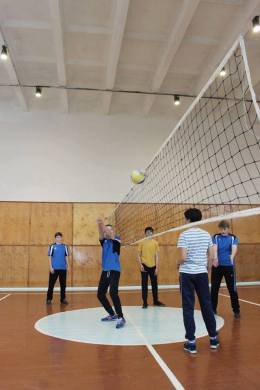 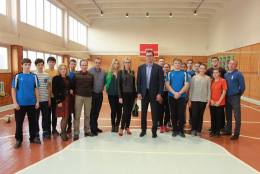